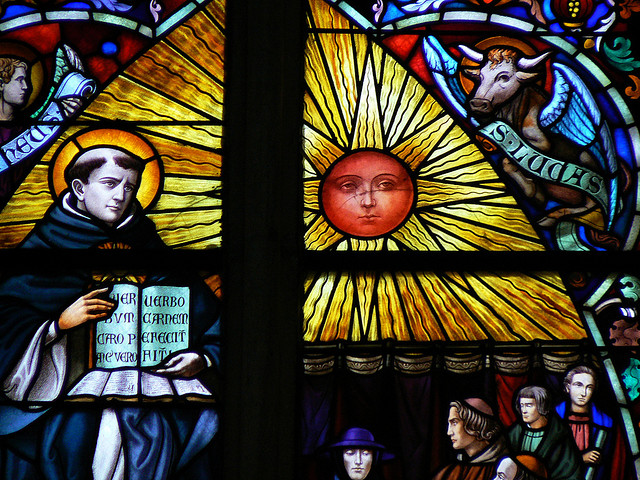 Frustrated after a recent viewing of the TV show, Madam Secretary, in which the first line is delivered, but we never hear the rest,  I took it upon myself to create the mystery joke . . .

An Original Intellectual Joke of the Day (for better or worse):

Thomas Aquinas walks into a bar in Northern Ireland. “Barkeep, make me a Virgin Mary,” he says.

“Sorry,” says the barkeep. “If He couldn’t make one, neither can I.”

So I signed up for Twitter List Builder about a month ago, and what happened? I got maybe 20 new follows, about a third of which I subsequently unfollowed, including several naughty girls, Penthouse, and a really high-volume spammer from Australia.

I had my doubts right from the start. The scheme appears to work just like those chain letters you got in junior high school. Well, maybe you’re too young to have gotten a snail mail chain letter, but the email versions work pretty much the same: you remove the top name in a list of seven or so, and send the chain letter out to the other six, after adding your name to the bottom. After lots of other chainers do this, like the Chinese inventor of chess who asked the emperor pay him only in grains of rice , you’ve got ungodly amounts of follower. (Don’t diss the exponent!)

Now while some may argue that I broke the chain by ditching the comely young things who wanted to sell me Webcam time, I seriously doubt that had anything to do with it. And, besides @deaffondvbb1, @Fea1eeg (a shill for a scheme that will make me $171,168.06 Per Month (and doggone it, that 6 cents is important!)), and @JessicaTrommler (who shills for survey-taking at home) still follow me, among several others who came aboard via Twitter List Builder.

At about the same time, I signed up with Perry Belcher and Tellman and Shawn, who promise I can make money on autopilot. The jury’s still out on these dudes. Belcher sure is an interesting guy, and he really does know his stuff. The two hour Webinar I attended (along with like 16,000 others, according to Perry) had about 45 minutes of killer Internet marketing techniques. If you want to see it without getting on his list, I can hook you up. Just email vids@linkedinsolutions.com .

So I plan to explore a variety of other moneymaking systems such as Hits2U, Maverick Money Makers Club,  and such.

So it could happen to me!

Social media like Twitter not only blur the lines between public relations, marketing, and brand building, but they require a completely different approach than the traditional media. While brands and companies thought they could control the message and their image before, they must give up that illusion of control to maximize the use of social media.

People are talking about you (if you’re lucky). You can engage them, or you can message them. Engaging wins you evangelists and instant feedback. Messaging (massaging) them yields frustration and a feeling that social media doesn’t work.

Master Yoda said, “You must unlearn what you have learned.” Be a person, not an artificial brand.

I’ve been taking a look at all these hypefilled Twitter follower-building offers, and I must admit, they all look pretty much the same. I’m not real clear on the mechanisms they use, so I decided to try one: Twitter List Builder. I’ll blog in this space about what I find out, but I must say, I’m prepared to be underwhelmed. It sounds a lot like a daisy chain.

Here are links to several other very similar deals, some of which require a purchase:

It all smacks of MLM to me, but I can’t figure out the business model.

I often get asked whether the number of Twitter followers or the quality of the followers is more important.

I can’t say for you, without knowing your situation, but Twitter is a bit of a numbers game. More followers is often better if you want to get your message out.

But in reality, you want your message to go to those ready to receive it. This ain’t no stinkin’ direct mail, where you leaflet the universe and hope to pull in a few fish with your leaky net. As I always say, you can’t enlighten (or sell) someone against their will.

So quality is important. A large number of quality followers is the best possible outcome. You really don’t even need more than a few hundred followers if they a) pay attention b) have large followings and c) will ReTweet you.

In fact I have two followers who each have networks greater than 20,000 followers. And they’ll retweet everything I send them. Want to know more? Attend one of our Webinars or take advantage of our initial consultation discount for some one-on-one advice. More info on the main page of this Website.

Meanwhile, I think I’ll Tweet my followers and ask them what they think the answer is.

Not to get into a youth vs. age rut here, but I was recently featured on the cover of New Business Minnesota magazine, a monthly periodical targeted to startups and growing businesses and shared the cover with three other social media experts, two of whom were of a certain age. And by that I mean under 24.

The four of us took part in a round table discussion about social media featured in the cover story, and in general had a great time exchanging ideas and expressing our enthusiasm for our favorite sites, like LinkedIn, Twitter, Facebook, YouTube, and on, and on.

END_OF_DOCUMENT_TOKEN_TO_BE_REPLACED

A 15-year-old London teenager is shaking up the staid business world with a report he wrote as an intern, called How Teenagers Consume Media .

In the report, Matthew Robson describes a bizarro teenage world that, according to the London Times , is “a confusing place where the PC is a radio, the games console is a telephone, the mobile telephone is a stereo and text-message machine, the DVDs are pirate copies and no one uses Twitter.”